Quick Update (No. 2) on German Whistleblowing 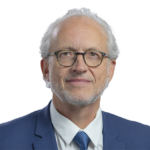 In early April 2022, we reported about the delayed activities of the German Government to implement the EU directive 2019/1937 into national law.

Now – at last – the German Government has passed the Bill and after the summer break in early September, the Bill will be discussed in the German Parliament. The new Act should be in force by year-end 2022. Read the Bill here (in German).

It is no surprise that the Bill has raised critical opposition not only by the CDU/CSU party but also from the legal profession.

Is the scope of the HinSchG too narrow?

Another major concern is that the Act will be too restrictive in its scope. The new draft did not amend the scope of the earlier draft: the Bill focuses solely on crime prevention and does not address detection of legal abuses or defects. The alleged wrongdoing must violate norms, legal regulations, and provisions. Those who criticize the current Bill argue that it would be in the public interest to reveal all abuse even those that do not constitute criminal offences. There were plenty of comments by NGOs in this regard.

The revised new Bill permits groups of companies to set up separate whistleblowing schemes for each and every subsidiary at a local level. Companies must, however, ensure that reporting channels exist in the dominant language of the subsidiary. This topic needs further scrutiny as some argue that this simplified option for multinational companies might be contrary to EU law.

In summary: We highly recommend reviewing and checking existing reporting schemes and channels and, if necessary, correcting or amending them, keeping in mind the potential mandatory co-determination rights of existing works councils pursuant Sec. 87 I Nr. 1 and 6 BetrVG, the German Works Council Constitution Act.

The amount of time and cost involved should not be underestimated by companies: measures start with the definition of reporting categories, the description of escalation processes, the implementation of tests via “dry-runs”, until the final launch of the whistleblowing systems. Internal communication and the successful selling of whistleblowing schemes require professional expertise and experience.

Michael Magotsch has over 30 years of experience advising global companies in all aspects of German labor and employment law. His practice focuses on labor and employment issues in relation to national and cross-border restructurings, acquisitions, redundancies, and outsourcing measures. Mr. Magotsch advises C-level executives in transition or exit scenarios as well as supervisory boards in sensitive disputes with C-level executives. Mr. Magotsch has been recognized by Chambers Global, Legal 500 and Best Lawyers in Germany in Labor & Employment law for over a decade. Read more here.