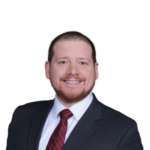 Congratulations to Rimon partner, Michael Vargas, who has been appointed to the American Bar Association’s Commission on Sexual Orientation and Gender Identity (SOGI). The SOGI Commission leads the Association’s nation-wide commitment to diversity, inclusion and full and equal participation by lesbian, gay, bisexual and transgender persons in the Association, legal profession, and society. In this role, the SOGI Commission and its members produce articles, CLEs, and books on key topics in LGBTQ+ law, award scholarships to promising young LGBTQ+ law students, and advise the Association on LGBTQ+ legal and policy issues.

Michael was nominated by the Business Law Section, where he serves as the Chair of LGBTQ2+ Inclusion, and appointed by the ABA’s President-Elect, Deborah Enix-Ross. Michael will serve a renewable one-year term on the Commission that begins in August 2022.