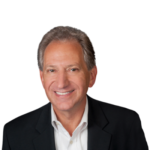 The U.S. Food & Drug Administration regulates new drug approvals in a process that is extremely thorough, lengthy and expensive. Regulations apply to a drug candidate’s product development phase, the approval process and after approval. Failure to comply could have serious business and financial con-sequences to a biotech venture, including the FDA’s refusal to approve a pending application, withdrawal of an approval, imposition of a clinical hold, product recalls and seizures, suspension of production and distribution, fines, disgorgement of profits, and civil and criminal penalties. Thus without question, a start-up biotech company is beholden to the FDA for its livelihood.

The pathway to bring a new drug into the U.S. market generally involves the following:

The biotech conducts laboratory tests, which if successful lead to animal studies and then formulation studies in conformity with the FDA’s good laboratory practices regulations. The lab evaluates product chemistry, toxicity and formulation followed by animal testing for safety and efficacy. The biotech takes on the role of an Investigational New Drug (“IND”) sponsor when it submits the preclinical test results together with bio-manufacturing information and related data to the FDA in an IND submission inclusive of a protocol for a human clinical trial (discussed below). Thirty days later, the IND goes effective unless the FDA has concerns or questions and places a clinical hold on the trial until the parties can resolve the concerns and satisfactorily answer the questions. While the FDA reviews the protocol, an Institutional Review Board (“IRB”) at each hospital that will participate in the human trial does its own review. For some trials, information must be submitted to the National Institutes of Health for public view on its website at [url=http://www.clinicaltrials.gov]http://www.clinicaltrials.gov[/url]. Approximately five of 5000 compounds that enter the preclinical discovery testing phase make it into human clinical trials.

In the human clinical trial, the investigational new drug is administered to consenting human subjects under the supervision of qualified investigators – doctors and scientists – following the protocol that details the objectives of the study and the parameters being used to monitor safety and efficacy criteria. Human clinical trials typically are phased as follows: In Phase 1 the new drug is given to 20 to 80 healthy subjects – usually medical school students — and occasionally to patients with the targeted disease, tested for safety, dosage, tolerance, absorption, metabolism, distribution, excretion and an early indication of effectiveness. In Phase 2 the new drug is given to 100 to 300 patients to identify possible adverse effects and safety risks, to evaluate preliminarily the efficacy for the targeted disease and to determine dosage tolerance and optimal dosage. In Phase 3 the new drug is given to an expanded patient population of 1000 to 3000, usually at geographically dispersed clinical trial sites, to evaluate efficacy and safety for FDA approval and to provide adequate information for labeling of the drug. In a “double blind” study, neither patients nor researchers know which subjects are receiving the experimental drug.

The clinical trial may be suspended or terminated by the FDA, an IRB or the sponsor on various grounds, including a finding that the research subjects are being exposed to an unacceptable health risk. When a clinical trial is successfully completed – one out of five reaches this milestone — the sponsor submits the results together with detailed information about the drug’s chemistry, manufacture, controls and proposed labeling to the FDA as part of a New Drug Application (“NDA”), requesting approval to market the drug for one or more medical uses or indications. NDAs almost always exceed 100,000 pages in length. (Special regulations, not discussed here, apply to pediatric indications.) The FDA may require submission of a risk evaluation and mitigation strategy (“REMS”) plan to mitigate identified risks, including medication guides, physician communication plans, and items to assure safe use such as restricted distribution methods and patient registries, among others.

Within 60 days, the FDA completes a preliminary review of the NDA before accepting it for substantive review. Once so accepted, the FDA reviews the NDA to determine whether the new drug is safe and effective and whether the facility in which it is manufactured and packaged meets safety, purity and potency standards. The FDA then refers the application to an advisory committee of clinicians and scientists that reviews, evaluates and provides a recommendation as to FDA approval.

On average, the process for each new drug takes a dozen years at a cost of $850,000,000 and often results in a complete response letter stating conditions to be met for final approval, which may include additional clinical testing. Finally, the approval letter authorizes commercial marketing of the drug with specific prescribing information for specific indications. Sometimes the FDA orders post-approval studies such as Phase 4 trials and/or surveillance programs.

The FDA has various programs including fast track designation, accelerated approval and priority review intended to expedite or simplify the process for drugs intended for treatment of serious diseases or where no satisfactory alternative exists.