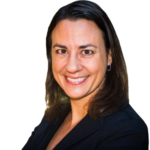 In the wake of highly-publicized fan injuries at Major League ballparks, Oakland A’s season ticket holder Gail Payne (who has not been injured but claims to “duck and weave” to avoid flying balls and bats) filed a class action suit in July 2015 against Major League Baseball, its Commissioner, and all 30 Major League Baseball Clubs in California federal court.  (Payne v. Office of the Commissioner of Baseball (dba Major League Baseball) and Robert D. Manfred, Jr. et al, N.D. Cal. Case No. 3:15-cv-03229-YGR.)  Payne was later joined by two more plaintiffs, one of whom was actually injured by a foul ball at a Dodgers game.

As noted in my previous article, the Payne case seeks to challenge the century-old “baseball rule” which holds that spectators assume the risks inherent in the activity, including being struck by thrown balls and bats. See the article. The “baseball rule” parallels the general rule that participants in sports and recreational activities assume the risks of those pursuits.  Plaintiffs claim that, despite the baseball rule, Major League Baseball has a legal duty to protect spectators from injury by retrofitting ballparks with protective netting from “foul pole to foul pole.”

MLB and the other defendants have filed a Motion to Dismiss the Payne case, and the Court held a hearing on that motion on March 22, 2016.  In an order dated April 8, 2016, the court dismissed Payne’s claims against the MLB Clubs from outside California, for lack of jurisdiction.  Payne had argued that the California federal court had jurisdiction over these out-of-state Clubs because they regularly play baseball in California.  The court disagreed, noting that Payne’s claims pertained to the conditions at local stadiums, which the visiting Clubs did not control.  Further, Payne’s claims did not specifically arise out of the activities of the out-of-state Clubs, but would have arisen even if any particular Club did not play at that stadium.  Payne also argued that ticket-back liability waivers constituted a contract between spectators and the out-of-state Clubs, giving the court jurisdiction over those Clubs.  The Court pointed out that the ticket-back waivers would presumably be provided by the local venue, and therefore would not form a contract between the ticket holder and the visiting Club.  The Court dismissed the claims against the out-of-state Clubs with prejudice, meaning that Payne and her co-plaintiffs will not have an opportunity to amend their California complaint to assert any new claims against those Clubs.

With respect to the remaining defendants (MLB, the Commissioner, and the five California Clubs), the court has not yet ruled on the motion to dismiss.  Defendants contend that plaintiffs lack standing to bring their claims in federal court.  To obtain standing, a plaintiff must show that there has been an “injury in fact,” which was caused by the defendant’s conduct, and that the injury can be redressed by a court decision.  Defendants argued that plaintiffs lacked standing because the claimed risk of future injury to baseball spectators is too speculative to constitute an “injury in fact.”  The court cited United States Supreme Court case law holding that while threatened injury must be “certainly impending,” and “allegations of possible future injury” are not sufficient to confer to bring claims in federal court, a “substantial risk of harm” may be enough.

The Court’s April 8 Order directs the parties to conduct limited discovery on this issue.  The discovery is limited to information directly related to the standing determination, such as “information that can be directly used to calculate ‘the probability that a given individual, seated in plaintiffs’ specific sections at the two California stadiums in question, will be hit by a stray ball or bat in the course of a given game or season.’”  After the discovery and supplemental briefing, the court will hold a further hearing on August 23, 2016.

The Court will then be tasked with determining whether the factual information presented by the parties shows that injury to a Major League Baseball spectator at a California ballpark is “certainly impending,” a “substantial risk,” or merely a showing of “possible future injury.”  The Payne plaintiff’s claims will survive only if they can meet that high (although somewhat subjective) standing threshold.  It remains to be seen whether the plaintiffs’ attorneys will pursue the out-of-state teams for similar claims in their home jurisdictions.  And, if the court dismisses the entire case at the outset on jurisdictional and standing grounds, the question of whether the “baseball rule” will be modified for modern ballparks and spectators will remain unanswered for now.