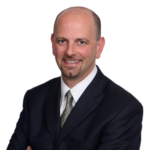 In the first of these opinions, Hoover v. American Income Life Insurance, 2012 WL 2126892, California’s Fourth Appellate District upheld the trial court’s denial of a motion by AIL to compel arbitration of the plaintiff’s class action claims under the Labor Code. The underlying disputes in the case – not at issue on the appeal – stemmed from whether Hoover, a California resident, was an employee or independent contractor of AIL, a Texas-based company selling life insurance policies in California.

AIL actively litigated the case in court against Hoover for almost fifteen months before it finally filed its motion to compel arbitration.  During that period AIL also solicited putative class members in an effort to reduce the class size. Not surprisingly, the court confirmed, under well-established precedent, that AIL had waived its right to arbitrate given the scope of its litigation activities and the resulting prejudice to the plaintiffs.

However, the court also took the additional step of determining that the arbitration provision was unenforceable regardless of waiver because Hoover’s complaint asserted state statutory claims “not generally” subject to arbitration and, at least according to three justices, because the parties’ contract did not implicate interstate commerce—a stretch to be sure, no matter one’s preference as to the outcome. Expressly noting that its opinion “avert[ed] dependence” on Stolt-Nielsen and Concepcion, the court construed those federal cases as applying solely to class arbitrations for antitrust claims and consumer sales contracts—not to class action claims arising from employment relationships. The court also disclaimed any reason to analyze the arbitration agreement under unconscionability principles established by a long line of cases beginning with Armendariz v. Foundation Health Psychcare Services in 2000—perhaps because Concepcion was so overtly hostile to such common law defenses to application of the FAA.

Just a few weeks after Hoover, the Second District Court of Appeal issued an unpublished decision in Iskanian v. CLS Transportation Los Angeles, LLC, 2012 WL 1979266 (June 4, 2012) that reached virtually polar opposite conclusions regarding the enforceability of class arbitration waivers, despite the case’s factual similarity to Hoover. Iskanian’s alleged various Labor Code violations as both class claims and in a representative capacity under California’s Private Attorney General Act (“PAGA”) even though he had signed an agreement, prepared by CLS, that waived both class action and representative claims. Iskanian had previously avoided arbitration and then obtained a certified class in state court. However, after the U.S. Supreme Court decided Concepcion – and after litigating the case in court for several months – CLS renewed its motion to compel arbitration and dismiss the class claims.

On the second go-round, the Second District held that the FAA preempted California law and barred the plaintiffs from arbitrating their claims on a class-wide basis. The appellate court rejected virtually all bases of California law that would have precluded arbitration (or arbitration on a class-wide basis), including unconscionability, and state and federal law prohibiting arbitration where vindication of statutory rights provides otherwise. The court next “declin[ed] to follow” a decision by the National Labor Relations Board which held that an employer-imposed agreement requiring all employment-related disputes to be resolved through individual arbitration (and disallowing class or collective claims) violated the National Labor Relations Act.

The Second District next disregarded the Fifth District’s holding in Brown v. Ralphs Grocery Co. and held that the Iskanian could not bring his claims for Labor Code violations in a representative capacity under the PAGA—even as it acknowledged that there was “no question” the PAGA was enacted to promote the public interest and expressly provides for “representative actions so that aggrieved employees can pursue violations that state agencies lack the funding to address.” Instead, it deemed the PAGA claims as an improper attempt to evade arbitration commanded by the FAA.

Lastly, Iskanian rejected the argument that CLS had waived its right to arbitrate by virtue of having litigated the case between the denial of its motion to compel arbitration and the issuance of Concepcion well over a year later. The court discounted any prejudice from a mid-litigation change in forum and declined to apply the “disfavored” penalty of waiver.

For the time being, trial courts—and other divisions of the California Court of Appeal—will necessarily be forced to choose between these two competing, and irreconcilable outcomes when determining the scope and enforceability of arbitration provisions to statutory employment claims, and class and representative actions. Until the California Supreme Court weighs in on the appropriate reach of Concepcion and the FAA with respect to questions of California state law (and California-based interests), California employers and employees will be left to puzzle over the viability of arbitration provisions governing their relationships.