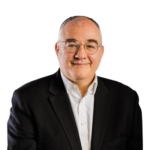 The ZF Automotive Decision resulted from the consolidation of two underlying appeals.  The first appeal (ZF Automotive US, Inc. v. Luxshare, Ltd., No. 21-401) related to a request for discovery under Section 1782 for use in a private commercial arbitration between two private companies in accordance with the Arbitration Rules of the German Institution of Arbitration (“DIS Arbitration”).  The district court determined in that case that discovery was available under Sixth Circuit precedent for this private DIS Arbitration and the Sixth Circuit did not stay that order pending appeal.  The second appeal (AlixPartners, LLP v. The Fund for Protection of Investors’ Rights in Foreign States, No. 21-518) concerned an ad hoc UNCITRAL arbitration under a bilateral investment treaty between the Lithuanian government and a Russian corporation (“Lithuanian Arbitration”).  The Second Circuit held that discovery could proceed because the Lithuanian Arbitration was not like private arbitration but rather was a foreign or international arbitration.

The Court then determined that neither arbitration panel in the two appeals before it constituted governmental or intergovernmental adjudicative bodies.  The DIS Arbitration was (a) between private parties; (b) agreed to in a private contract; (c) utilized a private dispute resolution organization using its own arbitral rues; and (d) the panel was formed by the parties.  “No government is involved in creating the DIS panel or prescribing its procedures”.  Thus, the DIS Arbitration is not a “foreign or international tribunal” under Section 1782.

The Lithuanian Arbitration was a “harder question”.  One party was a sovereign nation (Lithuania) and the right to arbitrate in that case stemmed from an international bilateral investment treaty.  However, the Court explained that the treaty at issue provided the parties a choice of submitting the dispute to a court, a pre-existing arbitral body or an ad hoc panel.  The parties in this matter chose an ad hoc arbitration panel.  The treaty did not provide this panel with any governmental authority.  “[T]he treaty does not itself create the panel; instead, it simply references the set of rules that govern the panel’s formation and procedure if an investor chooses that forum.”  The ad hoc panel acts independently and is not affiliated with any country or governmental entity.  Ultimately, the Court concluded that, in this case, the panel’s authority derived from the parties’ consent and not from any government authority.  The Court explained that “a body does not possess governmental authority just because nations agree in a treaty to submit to arbitration before it. “

The Court’s opinion about the DIS Arbitration that private arbitrations are not subject to discovery under Section 1782 is consistent with the opinions of the Second, Fifth and Seventh Circuits and clarifies this aspect of Section 1782.  Litigants in private international arbitration will no longer be able to utilize Section 1782 to obtain discovery for those arbitrations.

However, the decision about the Lithuanian Arbitration had just the opposite impact.  Prior to the ZF Automotive Decision, to the extent courts considered the issue, courts generally assumed that an arbitral tribunal constituted under a bilateral investment treaty “unquestionably would be ‘for a use in a proceeding in a foreign or internal tribunal’”.  See In re Chevron Corp., 633 F.3d 153, 161 (3d Cir. 2011); see also Islamic Republic of Pakistan v. Arnold & Porter Kaye Scholer LLP, 2019 WL 1559433, at *7 (D.D.C. Apr. 10, 2019) (District courts “have regularly found that arbitrations conducted pursuant to Bilateral Investment Treaties, and specifically by the ICSID, qualify as international tribunals under the statute”).  Yet, the Court in the ZF Automotive Decision found despite the fact that the Lithuanian Arbitration was pursuant to a treaty and had a governmental entity as a party, this arbitration still was not a “foreign or international tribunal”.

The Court left open the possibility that in a different circumstance, “sovereigns might imbue an ad hoc arbitration panel with official authority”.  The Court though did not describe what circumstances would provide sufficient “official authority”.  The Court rejected the comparison of the arbitral panel here to the adjudicatory body “in the dispute over the sinking of the Canadian ship I’m Alone, which derived from a treaty between the United States and Great Britain” or to the United States-Germany Mixed Claims Commission.  The Court explained that the main “inquiry is whether those features and other evidence establish the intent of the relevant nations to imbue the body in question with governmental authority”.  The Court pointed out that, for example, the treaty in the case of the Mixed Claims Commission provided more involvement by the sovereigns in the arbitral process than was the case in the Lithuanian Arbitration. The Lithuanian Arbitration did not have this degree of governmental involvement.