Rimon advises Rakuten Viber on the launch of its Super App 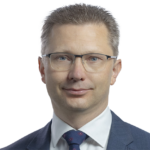 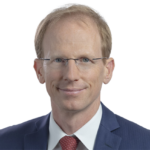 Frankfurt/Main –  Rimon advised Rakuten Viber on the regulatory setup of its “Super App” in the EU.

With the introduction of a safe and secure cross-border digital payment solution, Viber achieves “super app” status. This new function will allow Viber users to easily send money to each other, and set up a digital wallet to store money, starting with Euros. It will later expand to include multiple currencies, along with other services available soon.

With Viber Pay, Rakuten Viber, a global leader in private and secure messaging and voice-based communication, is expanding into digital payments with a mobile wallet available through the Viber app.

“Rakuten Viber is already one of the world’s top messengers, and with fintech capabilities Viber will extend its utility and value to make it an absolutely essential app for its hundreds of millions of users. User-friendly payment features will allow users to effortlessly connect, engage, and transact inside and across borders without ever leaving their preferred messaging platform,” says Ofir Eyal, CEO of Rakuten Viber.

“We are excited to have advised Rakuten Viber on the launch of its super app. There have been many attempts to create a super-app for the western hemisphere – Viber is now the first to succeed, having a large customer base, and provide fully integrated services. A vision becomes reality, and we are excited to be part of it.”, Bernd Geier, partner at Rimon and professor at SRH University Heidelberg.

Idit Arad, General Counsel at Rakuten Viber commented, “We are excited to bring Viber Payments to the German users. Engaging Rimon Law to ensure the legal preparations go smoothly and our compliance is stellar – was a great experience.”

Rimon is an international law firm widely known as being at the vanguard of legal tech and innovation with 46 offices on five continents. In Germany, it operates as Rimon Falkenfort. Rimon has been repeatedly recognised by the Financial Times as one of North America’s most innovative law firms.