Managing Contract Risks & Remedies in a Time of Coronavirus 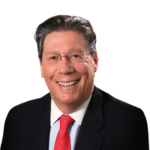 While it’s sometimes said that one person’s failure to plan ahead doesn’t constitute an emergency for everyone else, but one couldn’t plan ahead for this current Coronavirus pandemic that now has indeed created an unprecedented, unforeseeable emergency with many scrambling to evaluate the consequences of a failure or inability to perform.

In many ways, in addition to memorializing the intent and expectation of parties to a transaction, a contract is a method of allocating the risk inherent in the transaction. The parties entering into the contract try to assign rights and obligations, crafting a variety of clauses intended to reflect the expectations of each of the parties under most circumstances and dealing with the consequences and potential remedies should those intentions and expectations go awry. But no matter how lengthy and detailed your efforts at documentation may have gone, no contract could possibly deal with every possible contingency – and by definition, all the potential unforeseeable events.

The coronavirus outbreak is a tragic, but poignant example of just such an unforeseeable occurrence. In most cases, by government order or restriction, the pandemic has forced the closure of businesses, the cancellation of concerts, sporting events, and conferences, has delayed, suspended or completely ended many commercial transactions and has interfered with travel, transportation and the supply of goods and services – in some ways with dire health-related consequences. In short, while some may merely be delayed or suspended for a time, the COVID-19 pandemic has made many contracts either impossible or extremely impractical to perform.

If you are reading this, you probably already know that one way to anticipate those unforeseeable events that can derail the performance of a contract, is by including a force majeure or excusable delay clause.  As you probably also know, until now these clauses are rarely scrutinized and often accepted as ‘boilerplate’ without too much thought.  Sometimes they will exclude certain obligations – often payment. Not particularly helpful to a business with doors shuttered, planes not flying and customers quarantined! Even if the clause is well crafted, under what circumstances will a court enforce the operation and effect of such a clause.

If performance become less profitable, more difficult or even uneconomical for one party is that “excusable?” If you close the doors to your restaurant and limit service to deliveries and takeout-only with the corresponding precipitous drop in revenues, could a landlord argue the government ban didn’t prohibit the payment of rent. If the restaurant can’t continue operating economically in the leased space, if the airplanes are sitting idly in a hanger generating no revenue, will the landlord or the airplane lease-finance company excuse the payment of rent of financing payments?  While the landlord or the bank may understand and even be sympathetic, would such a clause excuse payment? As noted below, a force majeure or excusable delay provision may facilitate the beginning of negotiations over restructuring or simply terminating a contract, if the parties can’t agree to resolve their differences by altering the contract or their expectations and obligations they each may have to consider what a court would do if they opted to avail themselves of a judicial remedy.

The common law (in the US, its States, as well as many other nations and if applicable, their Provinces) can sometimes provide relief when a contract becomes impossible or excessively difficult to perform.  In general, that does not mean merely unprofitable or impractical – but either literally or virtually impossible or meaningless as a result of external events.  As with all common law solutions, results are almost always fact dependent. That means that even the slightest nuance or difference in fact patterns can make the difference between a winning case and a futile effort. For example, many force majeure clauses routinely include “labor and work stoppages” in the recitation of examples of covered events. But what if the union is on strike because management is taking unreasonable positions – whether in fact or perception.  Will a court consider that beyond the control of the party that caused the work stoppage? Will the union and its workers be considered to have ‘caused’ the inability of the business to deliver goods or manufacture equipment beyond the control of the employer?

In the United States, contracts are generally governed by State law and although not uniform, “impossibility” is one way State courts have found to excuse performance.  While performing an obligation that is literally impossible would fit this definition (e.g., a tornado destroys the house you contracted to rent for the summer), a number of courts have extended this principle and held that when performance is so impractical it simply can’t be done without excessive and unreasonable cost, it may well be equivalent to impossible.

There are generally three factors to consider. First, something unexpected must have happened that is outside the control of the party seeking to have its performance excused (e.g., would a failure to install fire suppression technology relieve a party that has suffered fire damage from performance?). Second, the risk of that event happening was neither foreseen nor could otherwise be anticipated (e.g., based on industry experience or some other known factors). Third, that event must have rendered performance impossible or so difficult as to be comparable to impossible under the circumstances. Considering the current crisis, there may well be a distinction legally based on whether the New York State government has ordered all bars and nightclubs to shut down versus prohibiting people from gathering and being seated in a restaurant. While the former may create impossibility, the latter may be construed as simply no longer economical.

When viewing these contract provisions internationally, assumptions can often be a party’s undoing. Despite the “including, but not limited to” language, can a claim be defeated if the event isn’t listed?  If the other party could be construed to have caused (or perhaps not prevented) the event? Historically, excusable delay clauses have not typically included a national or worldwide health crisis or pandemic. In Israel, for example, “war” is not considered an unforeseeable occurrence in a country that is under a constant security threat.  All factors to be considered before filing your lawsuit.

One of the leading cases in New York discussing the doctrine of impossibility is Kel Kim Corp. v. Central Markets, 70 N.Y.2d 900 (1987).  Affirming the lower court’s and the NYS Third Department’s decisions, the New York Court of Appeals held the doctrine is “applied narrowly, due in part to judicial recognition that the purpose of contract law is to allocate the risks that might affect performance and that performance should be excused only in extreme circumstances.” The Court went on to note that the defense of impossibility applies “only when the destruction of the subject matter of the contract or the means of performance makes performance objectively impossible.” (emphasis supplied)

Even more infrequently invoked than impossibility is the common law doctrine of “frustration,” where a party will argue conditions have changed so dramatically from the time the parties entered into the contract that the purpose no longer exists, even if it is arguably possible to perform.  In this case, the test is whether the intended or expected performance has become meaningless or worthless – different circumstances or unprofitability are not enough. In New York, the doctrine “applies when the frustrated purpose is so completely the basis of the contract that, as both parties understood, without it, the transaction would have made little sense.” D & A Structural Contractors, Inc. v Unger 2009 NY Slip Op 52026(U) [25 Misc. 3d 1211(A)] Decided on August 20, 2009, Supreme Court, Nassau County). Of course, the event still must be unforeseeable and outside of the control of the party seeking to rely on it.

It should be clear that unless the parties have explicitly covered the circumstances and the corresponding expectations of remedies or actions to be undertaken, the onset of this pandemic will likely give rise to more case law in a complex and uncertain environment. Clearly any contracts being entered into currently would be foolish not to take the current health crisis into account.

Assuming the parties are unwilling or unable to come to some new, mutually agreeable understandings, one party seeking to escape contractual obligations because of the COVID-19 pandemic is likely to be met by the other party’s disagreement, leaving the only remaining recourse as the courtroom.  It is also not always clear whether excused performance, by contract or under the doctrine of impossibility or frustration of purpose automatically relieves the party of liability for damages or for reimbursement of monies paid or return of goods previously delivered or some other mechanism to compensate an injured party based on excused performance.

It should also be clear that courts apply the common law doctrines very narrowly.  While no one is advocating the elimination of force majeure or excusable delay clauses because of the uncertainties and their narrow applicability, the discussion above should highlight the importance of making sure that one does attempt to deal with the foreseeable situations, that articulating the purpose of the agreement can be helpful in seeking to obtain relief based on these common law principles and probably most important, that the parties try, as best they can, to provide for remedies that are mutually agreeable and equitable regardless of the reasons the contract can no longer be performed through no fault of either party.

It has always been impossible to substantiate the value of good drafting by trying to quantify the money you didn’t spend in litigation, but Benjamin Franklin’s words in 1736, reminding the citizens of Philadelphia to remain vigilant about fire awareness and prevention remain timeless and prophetically true to this day: “An Ounce of Prevention Is Worth A Pound of Cure.”

Joe Rosenbaum is a New York‐based partner at Rimon, P.C. and Chair of Rimon’s Global Alliance.  Rimon is an innovative and highly selective entrepreneurial firm that combines dynamic client service, teamwork, the agility of a high‐end boutique law firm and the deep multidisciplinary experience of a large global firm. Joe is also the Chair of Rimon’s Global Alliance. Joe’s clients consistently receive exceptional representation across national and international boundaries from an all‐star team of attorneys and legal professionals. Read more about Joe here.