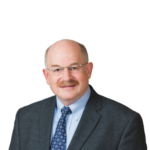 The 2011 America Invents Act (“AIA”) introduced two new proceedings to challenge patent claims in the U.S. Patent & Trademark Office (“USPTO”): “inter partes review” (“IPR”) and “post grant review” (“PGR”).[1]  To challenge one or more patent claims in an IPR or PGR proceeding, the challenger must file a petition, which is reviewed by a three-administrative patent judge panel of the Patent Trial and Appeal Board (“PTAB”) of the USPTO.[2]  If the  PTAB panel decides that the petition establishes the criteria for institution of a proceeding, it may institute a proceeding.[3] After institution, the proceeding must be completed within one year.[4]  IPR and PGR proceedings have become popular because patent challengers can participate in the entire proceeding, including the right to appeal.[5]

An interesting provision of the AIA provides the USPTO Director with discretion whether or not to institute IPR or PGR  proceeding.[6]  This discretion is almost always exercised by the PTAB, as is discussed below.  This means that even if the petition satisfies the statutory criteria for instituting a proceeding, PTAB, may exercise discretion to deny institution.  And, a decision denying institution is “final and non- appealable.”[7]

Over the last several years, the PTAB has issued several precedential decisions delineating circumstances under which the PTAB would exercise discretion not to institute proceedings based on otherwise meritorious petitions.  In fact, according to a Unified Patents study, discretionary denials have dramatically increased from just 5 petitions denied in 2016 to 167 in 2020.[8]

Sometimes, after the PTAB refuses to institute an IPR proceeding because the petition fails on its merits, the petitioner will file a follow-on petition with different prior art and arguments.  The PTAB views this as giving the unsuccessful petitioner a second bite at the apple, and has, in general denied such follow-on petitions.  In addition, follow-on petitions by different parties have been denied.  The PTAB issued a precedential decision explaining the factors it reviews to determine whether to exercise discretion to deny institution in General Plastic Industrial Co., Ltd. v. Canon Kabushiki Kaisha.[9] In exercising its discretion, the PTAB currently considers the following seven factors:

The PTAB explained that although there is no per se rule precluding the filing of follow-on petitions after the Board’s denial of one or more first-filed petitions, “[o]ur intent in formulating the [seven] factors was to take undue inequities and prejudices to Patent Owner into account.”  Id. at 15-17. Since General Plastic, the Board has held that the application of the first General Plastic factor is not limited to instances where multiple petitions are filed by the same petitioner.[11]  When different petitioners challenge the same patent, the Board considers the relationship, if any, between those petitioners when weighing the General Plastic factors. Id.  According to the PTAB’s Trial Practice Guide, the General Plastic factors “are also not exclusive and are not intended to represent all situations where it may be appropriate to deny a petition.”[12] For example, the PTAB submits that “one petition should be sufficient to challenge the claims of a patent in most situations.”[13]

IV. Discretionary Denials Based on the USPTO’s Previous Consideration of the Same Prior Art and Arguments Under § 325(d)

Becton, Dickinson & Co. v. B. Braun Melsungen AG,[15] the PTAB listed and applied the following “common non-exclusive factors” to determine whether to deny institution of a petition based on prior art previously before the USPTO

(a) the similarities and material differences between the asserted art and the prior art involved during examination;

(b) the cumulative nature of the asserted art and the prior art evaluated during examination;

(c) the extent to which the asserted art was evaluated during examination, including whether the prior art was the basis for rejection;

(d) the extent of the overlap between the arguments made during examination and the manner in which Petitioner relies on the prior art or Patent Owner distinguishes the prior art;

(e) whether Petitioner has pointed out sufficiently how the Examiner erred in its evaluation of the asserted prior art; and

(f) the extent to which additional evidence and facts presented in the Petition warrant reconsideration of the prior art or arguments.

Subsequently, the PTAB issued two additional precedential opinions, clarifying Becton Dickinson. In Oticon Medical AB v. Cochlear Ltd.,[16] the PTAB declined to exercise section discretion under 325(d) to deny institution where the petitioner cited the same prior art previously considered in prosecution but also cited new, noncumulative art.  In Advanced Bionics, LLC v. Med-El Elektromedizinische Gerate GMBH,[17] the PTAB explained that under §325(d), the art and arguments “must have been previously presented to the Office during proceedings pertaining to the challenged patent,” and includes “art made of record by the Examiner, and art provided to the Office by an applicant, such as on an Information Disclosure Statement (IDS), in the prosecution history of the challenged patent.”[18]  The proceedings on which section 325(d) may apply include “examination of the underlying patent application, reexamination of the challenged patent, a reissue application for the challenged patent, and AIA post-grant proceedings involving the challenged patent.”[19] The PTAB adopted a more streamlined version of the Becton Dickinson test:

[U]nder § 325(d), the Board uses the following two-part framework: (1) whether the same or substantially the same art previously was presented to the Office or whether the same or substantially the same arguments previously were presented to the Office; and (2) if either condition of first part of the framework is satisfied, whether the petitioner has demonstrated that the Office erred in a manner material to the patentability of challenged claims. * * * At bottom, this framework reflects a commitment to defer to previous Office evaluations of the evidence of record unless material error is shown.[20]

The PTAB did not abandon the Becton, Dickinson factors entirely, but explained that those factors “provide useful insight into how to apply the framework under 35 U.S.C. § 325(d).”[21]  Applying the newly articulated test, the PTAB in Advanced Bionics exercised its discretion to deny institution, even though new prior art was cited to the Office in the Petition, because “the ‘same or substantially the same art previously were presented to the Office’ and Petitioner has not demonstrated that the Examiner erred when considering the prior art or arguments.[22]

The most controversial type of discretionary denial occurs when the PTAB exercises discretion not to institute an IPR because of a parallel federal lawsuit involving the same patent.  The PTAB has issued two precedential decisions, exercising its discretion to deny institution of IPRs where a district court trial date would be earlier than the date of a final written decision for the IPR. Apple Inc. v. Fintiv, Inc.,[23]  and NHK Spring Co., Ltd. v. Intri-Plex Techs., Inc.[24] The Fintiv/NHK factors are listed below:

There have been several court challenges to the Fintiv decision:  In re Cisco Systems, Inc.,[25] Cisco sought a writ of mandamus to review PTAB’s discretionary denials in IPRs applying Fintiv factors).  The Federal Circuit held that it did not have jurisdiction to entertain Cisco’s writ.  Several high-tech companies filed a lawsuit in the Northern District of California, challenging the authority of the USPTO director to deny institution under the Fintiv/NHK factors, arguing that it violates the Administrative Procedures Act.[26]  The trial court has not yet issued a ruling on the USPTO’s motion to dismiss for lack of standing or on the plaintiffs’ motion for summary judgment.

Statistics show that the PTAB has most often denied institution under the Fintiv/NHK factors to IPRs in which parallel litigation is pending in the Eastern District or Western District of Texas.  This is because both of those districts often issue case management orders relatively early in the case that include much earlier trial dates than in other districts.  From a petitioner perspective, one way to potentially avoid discretionary denials under Fintiv/NHK is to file a stipulation of the type that was approved in Sotera Wireless, Inc. v. Masimo Corp.,[27] in which the petitioner agreed not to assert the same grounds for invalidity in the district court as it had in the IPR petition.  The PTAB instituted the IPR proceeding in that case and denied the patent owners’ argument that the PTAB should exercise its discretion to deny institution.

On September 29, 2021, Senators Leahy and Cornyn introduced a bi-partisan bill to intended to sharply reduce the PTAB’s discretion to deny institution of otherwise meritorious IPR or PGR petitions.  The bill would limit discretionary denial only where a petition presents the “same or substantially the same prior art or arguments previously presented to the Office.”  This means that the PTAB will not be able to deny institution of a meritorious IPR or PGR petition based on district court litigation involving the same patent, and will not be able to deny institution solely based on the fact that the petitioner had filed a previous petition that the PTAB had rejected on the merits.

It will take a while for the Leahy-Cornyn bill to wind its way through the legislative process.  In the meantime, it will be interesting to see whether the pending legislation influences the manner in which the PTAB exercises its discretion.