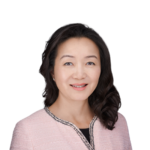 Zheng Liu joins Rimon Law as a Partner in its Intellectual Property and Commercial Litigation groups. She regularly advises and represents clients in technology industries on a range of legal issues, particularly in intellectual property, technology law, commercial disputes, data privacy, product liability, and international trade. Zheng’s practice concentrates on Chinese technology companies and the issues they face in doing business outside of China; her Chinese clients include DJI, Tencent, Foxit, OPPO, UCWeb, and Ubtech. With a background in both biology and physics, her experience covers a variety of industries, including UAVs, internet, telecommunications, biotechnology, pharmaceutical, and medical devices.

In litigation, Zheng focuses on patent, trade secret, copyright and trademark litigation.  She has been the lead member for numerous complex intellectual property and commercial litigation cases, arguing important issues such as claim construction and examining witnesses in federal courts. She also has substantial experience in contract, consumer class action and other types of commercial disputes.

Zheng was the past President and currently is a Board Member of Chinese American Lawyers of the Bay Area (CALOBA), an organization dedicated to helping Chinese-speaking lawyers and law students in their career development, as well as liaising with the legal and business community in China and the Chinese community in the U.S. She regularly speaks and writes on issues relating to intellectual property, litigation, technology law and international trade.

Before joining Rimon, she was at Orrick, Herrington & Sutcliffe LLP where she established and led Orrick’s Drone & UAV practice.

Zheng received her J.D. from University of California, Berkeley School of Law in 2003. She received her M.S. in Molecular Biology from The Ohio State University in 1994. Her undergraduate studies were focused in Physics/Cell Biology, at the University of Science and Technology of China.

Rimon, which currently has 17 offices, is at the vanguard of legal innovation. The firm has been repeatedly recognized by the Financial Times as one of North America’s most innovative law firms. The firm’s managing partners were both named ‘Legal Rebels’ by the American Bar Association’s ABA Journal and have spoken on innovations in the practice of law at Harvard and Stanford Law Schools. Rimon and its lawyers have also received numerous awards for excellence, including from Best Lawyers and Chambers.