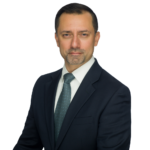 More recently, the Department of Justice received a favorable probable cause ruling from a federal magistrate judge allowing it to prosecute a certain unnamed individual for allegedly funneling over $10 million in bitcoin between the US and a certain unnamed sanctioned country (see 22mj00067CriminalOpinion.pdf (uscourts.gov)).

Apparently, the defendant in that case established a payments platform in a sanctioned country and then used a US-based entity as a front to support the platform’s operations. It also appears that the defendant advertised the platform’s services as a way to evade US sanctions by claiming that bitcoin helps conceal the money trail.

According to certain reports, this is the first criminal prosecution focused on the use of cryptocurrencies to evade sanctions. The magistrate judge confirmed in no uncertain terms that the use of virtual currency does not insulate one from the application of US sanctions; virtual currency is subject to OFAC’s sanctions regulations. This judicial affirmation follows guidance that OFAC itself issued last year that also confirmed that sanctions compliance applies equally to both virtual and fiat currency transactions (see Publication of Sanctions Compliance Guidance for the Virtual Currency Industry and Updated Frequently Asked Questions | U.S. Department of the Treasury).

Of course these are not earth-shattering determinations, but apparently they bear repeating given common misconceptions that somehow digital currencies/assets are both untraceable as well as untouchable from the reach of the law.