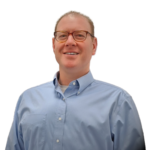 In a major decision for landlords, the Maryland Court of Appeals, Maryland’s highest court, ruled that landlords are not required to have a license to regain control of their property from tenants holding over.

The decision, Walke v. The Copycat Building LLC, in Maryland’s Court of Appeals held the owner’s right to repossess property after the expiration of a tenancy should not be impacted by the lack of a license for multifamily residences.

The Copycat Building attempted to regain possession of an apartment in the building after a tenancy ended. The building gave 60 days’ notice to the tenant, but the tenant claimed that a failure to have a multifamily license, which had expired, allowed them to stay in the apartment.

The Court noted that the building owner was not looking to enforce a contract but simply regain their property. According to the decision: “The relief sought by landlords… is not the enforcement of a contractual obligation – it is the return of property to which the landlord is entitled at the end of tenant’s lease term.”

According to the ruling: “[R]equiring that a property owner comply with the inspection and rental process to seek the return of his or her property after the expiration of a tenancy, or prove that “exceptional circumstances exist to excuse such a requirement, is problematic.”

Mr. Burgunder noted the significance of the decision for property owners. “This ruling is a welcome clarification of the law, one that will give landlords some peace of mind when they face a tenant who stays after the term of the lease. The court correctly held that not having a license should not be a bar to regain property rights.”