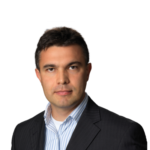 Washington DC –  Rimon PC congratulates client, FINCA Impact Finance, on a successful closing of the divestiture of its subsidiary in Georgia. FINCA Bank Georgia was acquired by leading Georgian bank Credo Bank. The transaction was supported by French Development Finance Institution Proparco Groupe Agence Française de Développement.  Proparco joined German Access Microfinance Holding AG, funds managed by the Dutch Triodos Investment Management, and Swiss ResponsAbility Investments AG as a new shareholder of Credo Bank. As a result, FINCA Impact Finance was able to entrust the legacy it has built in Georgia to a financial services provider that shares its commitment to expanding access to responsible financial services by serving the microfinance segment.

Rimon has 43 offices across five continents. The global, alternative-model law firm is widely known as being at the vanguard of legal innovation and is committed to international expansion. In the past 2 years, Rimon has opened offices in Australia, Colombia, the United Kingdom, France, Germany, Canada, China and South Korea. The firm’s Environmental, Social and Governance practice is dedicated to serving the impact finance sector.