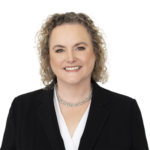 Congratulations to Rimon Partner, Jenn Duffy, who has been appointed President of the Santa Barbara County Bar Association (SBCBA) for 2023. Jenn shared upcoming plans for the SBCBA, as well as her appreciation for previous Board Members and their leadership in her President’s Message in the January 2023 issue of Santa Barbara Lawyer, the official publication of the SBCBA.

The century old Santa Barbara County Bar Association has a membership of about 600 attorneys, judges, legal administrators, paralegals, law students and members of various other professions. The SBCBA is a nonprofit organization that administers many programs and activities to benefit attorneys and the community. SBCBA members work to improve the legal profession, the communities in which they live, and the administration of justice in society.

Rimon has 48 offices across five continents. The firm is widely known as being at the vanguard of legal innovation. The firm has been repeatedly recognized by the Financial Times as one of North America’s most innovative law firms. The firm’s Founding Partners were both named ‘Legal Rebels’ by the American Bar Association’s ABA Journal and have spoken on innovations in the practice of law at Harvard and Stanford Law Schools. Rimon and its lawyers have also received numerous awards for excellence, including from Best Lawyers and Chambers.