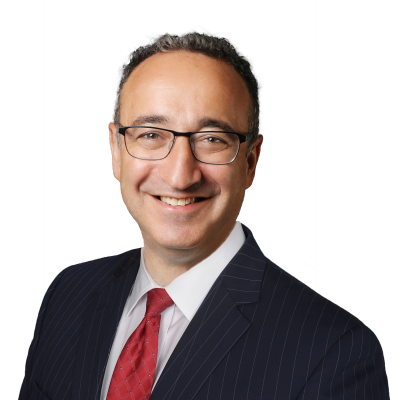 Jacob Eisenberg has extensive experience as a Global Head of Intellectual Property with a number of large multi-national corporations in leading teams of professionals in all phases of IP acquisition, enforcement, value creation, as well as strategy development and implementation. In addition to his managerial experience, Mr. Eisenberg has maintained his preparation and prosecution skills by building patent and trademark portfolios through direct prosecution before a number of patent offices worldwide.

Mr. Eisenberg was Head of Intellectual Property for The Linde Group, a world-leading gases and engineering company, where he was responsible for modernizing the global IP strategy and enhancing the value of intellectual property assets through effective IP management and team leadership. Under his watch, IP process improvements were achieved, including a 15% reduction in time to first filing, a 10% increase in the number of annually pruned patents, and a 15% year on year increase in the number of first patent filings.

Prior to joining The Linde Group, Mr. Eisenberg was Global Head of Intellectual Property for Osram GmbH, a world-leading lighting and opto-semiconductor company, where he was responsible for supporting the corporate strategy shift from traditional to LED lighting through the effective management and leadership of globally dispersed IP teams.  Under his watch, a new global IP strategy supporting an R&D shift to fundamentally new technologies was implemented, the IP risk and due diligence for integrating of a €100 million corporate acquisition were managed, and several company-essential cross licenses and IP litigations in Asia were overseen.

Mr. Eisenberg has been practicing intellectual property law for close to 25 years, including a number of years as an Examiner for the USPTO, a practitioner in private practice and an in-house patent counsel at major corporations.  In addition, he is an inventor on four patent families in the GPS software arts.  Jacob holds a B.S. in Applied Physics with a Minor in Applied Optics and International Relations from the Georgia Institute of Technology, where he obtained the Dean’s List, as well as a JD from the New England School of Law where he performed journal work.   Mr. Eisenberg is registered before the United States Patent Bar, New Jersey State Bar and is currently completing his partial qualification before the European Patent Office – before which he has been practicing as an in-house authorized representative for the past 20 years.

A resident of Munich, Germany, Mr. Eisenberg holds American and Swiss citizenships and is conversant in English and German.