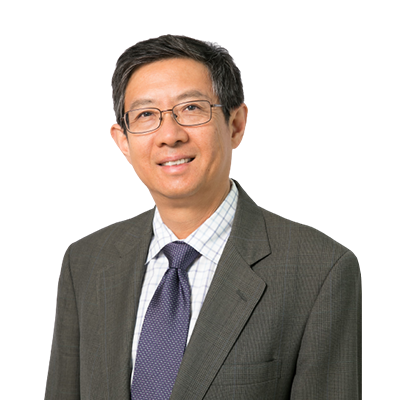 Peng Chen leads his biotechnology, pharmaceutical, and diagnostics clients through the technical and legal challenges involved in developing and protecting their critical IP assets. Dr. Chen’s practice focuses on patent prosecution and counseling and he also is experienced in the areas of patent litigation, inter parties review, reexamination, interference, opposition, and licensing. Dr. Chen has been ranked in the fields of biotechnology law, patent law and patent litigation 2009-2018 by Best Lawyer in America.  In 2018, Dr. Chen was selected as “Lawyer of the Year” in Patent Law in San Diego by Best Lawyer.  Dr. Chen also was ranked as a regional expert on China intellectual property 2011-2015 by Chambers Global.

For numerous clients, Dr. Chen manages entire patent portfolios, advising the clients on maximizing their patent positions and designing patent strategies. On behalf of one client, he obtained U.S. patent protection for its novel diagnostic test and advised the client in designing around a third party’s patents. When the third party threatened to sue the client, he worked with several Morrison & Foerster patent litigators in obtaining summary judgments of non-infringement twice from the District Court, and eventually won the appeal from the Federal Circuit. (General Atomics Diazyme Labs. Div. v. Axis-Shield ASA, 277 Fed. Appx. 1001, 2008 U.S. App. LEXIS 10235 (Fed. Cir. 2008)).

In another case, Dr. Chen worked with a team of litigation attorneys, successfully reversing a summary judgment of infringement and eventually obtaining a jury verdict of non-infringement for the client in the District Court. After the case was remanded to the District Court, he filed reexamination request of the claims asserted by the patentee to the USPTO. The Board of Patent Appeals and Interferences (Board) in the USPTO invalidated the claims and the Federal Circuit affirmed the Board’s decision. (In re Swanson, 540 F.3d 1368; 2008 U.S. App. LEXIS 18928 (Fed. Cir. 2008)).

While earning his B.S., Dr. Chen was on the Dean’s List. After receiving his Ph.D., Dr. Chen conducted his post-doctoral fellowship at Yale University School of Medicine. He was also a Harlan Fiske Stone Scholar while in law school.

Successfully reversed a summary judgment of infringement of a biotechnology patent for a client and eventually obtained a jury verdict of non-infringement for Syntron Bioresearch in a patent suit brought by Abbott Laboratories alleging that Syntron’s test kits infringed two of Abbott’s lateral flow immunoassay patents. Before Morrison & Foerster was retained, the Court had granted summary judgment of infringement in favor of Abbott. We successfully persuaded the Court to reconsider its ruling and to allow Syntron to proceed to trial. After a three-week trial, the jury returned a verdict of non-infringement on both patents asserted by Abbott. On appeal, the Federal Circuit affirmed all issues, except the construction of a single claim term. Following appeal, the case was settled on the terms Syntron had originally proposed.