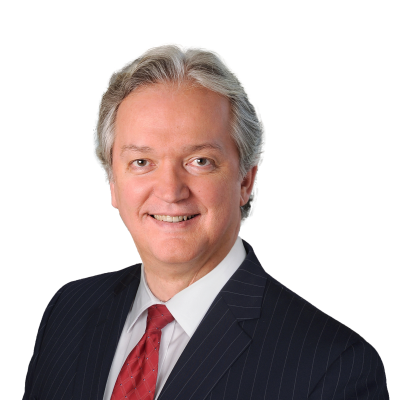 Mark’s litigation record spans federal district and appeals courts across the country, as well as the U.S. Supreme Court and the Supreme Court of California. He has successfully tried five copyright, trademark or unfair competition actions to juries and argued more than 18 appeals. His clients have been granted seizure orders, preliminary injunctions and/or asset freezes against computer software or luxury goods pirates, Internet service providers, computer bulletin board operators, cellular phone or trunking radio cloners, and others.

Clients sometimes seek Mark’s assistance abroad. He has participated in civil and criminal proceedings in Canada, the United Kingdom, Finland, Switzerland, Liechtenstein, Austria and the United States to remove pirated materials from the Internet, and to stop an internal computer software fraud ring. In Sweden and the People’s Republic of China, he successfully arbitrated international IP disputes.

In addition to his work on state statutes, Mark has authored or co-authored two books and numerous articles on entertainment and IP law.