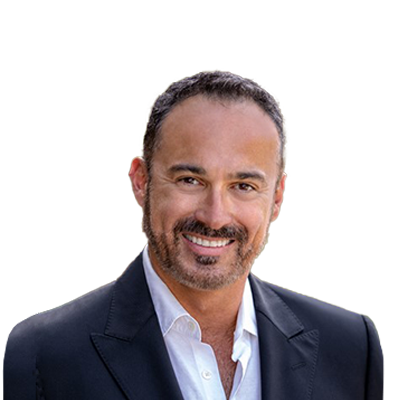 John Isaza Esq. FAI is one of the country’s foremost experts on privacy, information management, electronic discovery, and legal holds. He has developed privacy, information governance, and records retention programs for some of the most highly regulated Fortune 100 companies, including related regulatory research opinions. His clients range from the Fortune 100 to startups, the latter of which he has served also as outside General Counsel.

In the past few years, Mr. Isaza took a sabbatical from his law practice to launch a cloud-based software called Virgo, to which some of the most highly regulated organizations have subscribed such as Facebook, NASA, Microsoft, Delta Airlines, Bosch, City of Boston, Visa, and Viacom to name a few. His hard work culminated in the sale of Virgo to Boston-based Access Corp in January of 2020.

Prior to joining Rimon, Mr. Isaza was co-founder and Partner of Howett Isaza Law Group, a boutique law firm specializing in corporate compliance matters, complex business, real estate, construction, employment, and environmental litigation.  Immediately prior to that, he served as in-house General Counsel to a publicly-traded medical device manufacturer, now owned by Abbott Laboratories.  Mr. Isaza rounds out his previous experience with over a decade as a trial lawyer specializing in business, environmental contamination, products liability and construction defects.  During that time, he served as Arbitrator for the Los Angeles Superior Court.

Mr. Isaza attended Boston College Law School, where he served as Editor of the International Law Review.  In 1989, he served as Judicial Extern in the United States District Court of Massachusetts, Honorable David S. Nelson.

Mr. Isaza is a highly sought-after speaker in the ABA, ARMA, AIIM, American Bankers, and IT compliance circuits. Mr. Isaza has served on various sub-committees of the ABA, including the Consumer Privacy and Data Analytics as well as the Social Media sub-committees of the Cyberspace Committee, both of which he chaired; he was the editor in chief and contributing author of the ABA’s Handbook on Global Social Media Law for the Business Lawyer, and a contributing author to the ABA’s Internet Law 2nd Edition, as well as ARMA’s GARP® Metrics & Audit Guide; he is past President of the Greater Los Angeles ARMA Chapter and of the Hispanic Bar Association of Orange County; he served on the Board of Directors of ARMA International, the Orange County Bar Association, and Orange County’s Public Law Center. Mr. Isaza co-authored a book entitled 7 Steps for Legal Holds of ESI & Other Documents released in July 2009, with the second edition scheduled for release in the fall of 2022. He is the 2008 recipient of ARMA’s prestigious Britt Literary Award.  In 2011, Mr. Isaza was named the 45th Fellow of ARMA International (the “FAI” designation after his name) – the highest honor bestowed by the professional association of records and information managers.