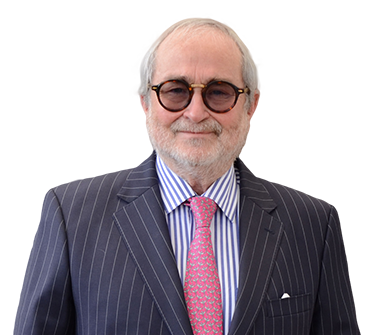 Gabriel Ibarra Pardo has over 30 years of professional experience advising national and multinational companies from various sectors on issues related to competition law, foreign trade, and customs. He has advised organizations such as the Inter-American Development Bank (IDB), The Cartagena Agreement Board, and state entities including the Ministry of Agriculture and the National University of Colombia. He is a member of the panel established by the Dispute Settlement Body of the WTO in the European Union v. Russia case concerning anti-dumping measures on certain cold-rolled flat steel products from Russia (DS521).

Mr. Ibarra Pardo has advised and represented the interests of important companies in investigations carried out by the Colombian Competition Authority (Superintendency of Industry and Commerce – SIC) for restrictive practice and in judicial processes of competition in industries including sugar, cement, airport services, retail, concessions, telecommunications, banking, insurance, gas and automotive. He has represented the Colombian sugar and palm growing sectors in various litigations relating to the application of the competition law of the CAN (Decision 608). He represents companies in trade agreement negotiations and in disputes and litigation related to the Andean Community, LAIA, and the WTO. He has represented Colombia in the nation’s most important anti-dumping, safeguard, and countervailing duty applications.

Mr. Ibarra Pardo is a regular columnist for newspaper, La República, and is an Arbitrator of the Arbitration and Conciliation Center of the Chamber of Commerce of Bogota. He chaired the Defense of Competition Board of the VI Business Forum of the Americas during the FTAA (Free Trade Areas of the Americas) negotiations and is a former president of the Colombian Association of Competition Law. He is also a former member of the Commission for the Reform of the Regime of Benefits for Collaboration in Infringements of Free Competition, created by the SIC to include modifications to the Regime of Benefits for Collaboration (2014-2015) and participated as a Non-Governmental Advisor of Colombia before the International Competition Network (ICN) from 2013-2016 and 2018-2019.  He was a professor of International Economic Law and Competition and Business Law at the Pontificia Universidad Javeriana.