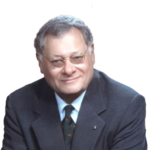 Rimon Partner, and former President of George Washington University, Stephen Trachtenberg was quoted in Inside Higher Education’s article Rush to Revoke (or Not) and in The Chronicle of Higher Education’s article The University Wants Back the Honorary Degree, Please. The articles explored the controversial question of whether the universities that granted Bill Cosby honorary degrees should now revoke them.

“What good would it do to void Mr. Cosby’s diploma?” Stephen Trachtenberg wrote. “Who actually celebrates it today? He is revealed and reviled. I am not keen on trying to rewrite history …. Mr. Cosby knows that we no longer esteem him. Everybody knows. He is down. He is out. The degree is as null and void as it can be. It is self-executing. However much he may deserve it, I am disinclined to kick him again to underscore our own virtue. It’s too easy.”

The Chronicle of Higher Education quoted Stephen Trachtenberg as saying “The awarding of such degrees comes with risk […] if an honoree is subsequently determined to be a felon […] the degree is self-canceling, and no further action is necessary on the part of the institution which unwisely awarded the degree in the first place.”

Mr. Trachtenberg told The Chronicle of Higher Education he would rather do “something positive” on the campus “in lieu of this largely symbolic gesture” of revocation.