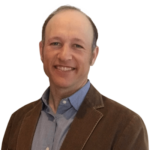 Back in July, the Securities and Exchange Commission proposed new rules that would substantially reduce the reporting thresholds for institutional investment managers (including hedge fund managers) under rule 13f-1 (and Form 13F).   Section 13(f) of the Securities Exchange Act and Rule 13f-1  (as currently in force) require that an investment manager file a report with the Commission if the manager exercises investment discretion with respect to accounts holding certain publicly traded equity securities having an aggregate value of at least $100 million.  These reports (filed on Form 13F) are publicly available.  As a result, both issuers, as well as the public have reasonably up-to-date information on many large hedge fund’s equity holdings.

These newly proposed rules would increase the reporting threshold from $100 million to $3.5 billion.  If adopted, many institutional hedge funds would no longer be required to report their holdings under the section 13(f) disclosure program.

The current rules were adopted in 1975, and at the time of adoption, according to the SEC, these rules applied to approximately 300 investment managers.   The SEC’s proposed rule making states that today, 5,089 managers exceed the $100 million threshold and file Form 13F’s.  The SEC, in its adopting release, states that the increased reporting threshold is “based on the growth of the U.S. equities market that occured between the adoption of section 13(f) in 1975 and December 2018” and is designed to reduce the number of reporting investment managers to a similar number as when the rules were adopted in 1975.

Yesterday, the Financial Times reported that, “Hundreds of US-listed companies, including Coca-Cola, Procter & Gamble and Ford” have come out against the proposal in a letter organized by the NYSE and signed by over 300 public companies.  This letter argued that the proposal would be a “debilitating blow” to investor relations, and “limits access to information for public issuers and investors which is the exact opposite direction of where the commission should be heading.”   It turns out many smaller public companies use the information on Form 13F to determine who owns their shares, which is otherwise unavailable.  (https://on.ft.com/32NXt3F)  (subscription required).

Tomorrow, at the ABA Private Funds Committee meeting, we are scheduled to speak with the Staff of the SEC on a number of proposed rule changes, including this one.  Stay tuned.

Comments for the proposal are accepted until September 29, 2020.