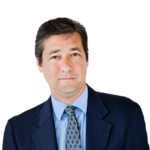 On June 5, 2020, the new Paycheck Protection Flexibility Act (“PPPFA”) entered into law which materially changed certain terms of the Paycheck Protection Program previously created under the CARES Act. The emphasis of the PPPFA is to ease the criteria that small business borrowers must comply with to have their PPP loans forgiven.

The key provisions of PPPFA include:

Given these new changes, it is likely that the SBA will update the PPP Forgiveness Application made public in mid-May. Access the application here.

Juan E. Zúñiga is an international transactions attorney who has worked on cross-border deals throughout the United States, Latin America and in over 60 other countries. His practice is focused on buying and selling real estate, resort and hospitality transactions, mergers & acquisitions, overseas distribution agreements, international joint ventures, foreign trade and commerce, workouts of distressed assets, lending and investment issues. He has been particularly sought out for his handling of cross-border transactions, especially in Latin America. In this work, he represents American clients in their investments in overseas properties and in establishing subsidiary operations internationally. Additionally, he represents foreign clients in their investments in the United States. Read more about Juan here.