Mergers and Acquisitions: Getting the Deal Closed 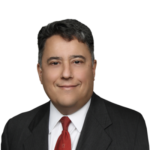 The program will cover the mergers and acquisition process from signing the letter of intent to closing the transaction, including: the due diligence process; the transaction documents; the closing preparation and the closing. Subjects such as representations and warranties, disclosure schedules, working capital adjustments, indemnities, escrows, employment agreements and non-competition clauses will also be discussed. Finally, the program will briefly cover the events on the actual day of the closing.

Marshall Graham founded Indian River Advisors late in 2011 after a 31 year career in investment banking and corporate development. Indian River not only completes merger, acquisition and capital raising mandates for clients, the firm assists middle market CEOs, Boards of Directors and institutional investors with maximizing enterprise value prior to a corporate transaction.

Prior to becoming the Managing Partner with Indian River Advisors, Marshall founded FOCUS during March of 1982. Through the mid-1990s, FOCUS operated as a small regional firm assisting many startup companies, emerging and mid-market companies in the Washington, D.C. region. During the late ’90s, FOCUS evolved to include more emphasis on merger, acquisition and divestiture work as commercial and federal contracting firms matured in the Washington, D.C. market area. At the same time, Marshall recognized the need for a sizeable middle market investment banking boutique with headquarters in the Mid-Atlantic region but serving a national clientele.

During mid-2007, Marshall sold the firm to the firm’s management team and remained on as Chairman of the firm until just prior to leaving in March of 2011.

From 1966 through 1971 Marshall was employed by IBM Corporation where his last position was that of Program Marketing Manager. During 1971, Marshall was recruited by Xerox Corporation to participate with a small management team to start the Office Systems Division.

After leaving Xerox in 1975, Marshall founded two startup companies. The first startup was sold to a Chicago based private equity firm and the second firm, “The Source” was sold to the Readers Digest. Marshall received his under graduate degree in Economics from the University of Pittsburgh.

For more than 15 years, Phil practiced with the Washington, D.C. office of Bryan Cave LLP, where he was a member of the transactions, entrepreneurial and technology, and corporate finance groups.

Cost: $20 members, $50 pre-registration for non-members; $60.00 for non-member at the door. Continental breakfast will be served.