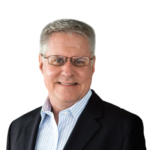 Rimon is proud to announce that Mark Diamond has been honored by The Lawyer Network Annual Awards. He was named Private Investment Funds Lawyer of the year in California for 2022.

Each year, The Lawyer Network Annual Awards identifies and honors the most respected lawyers and law firms who lead the way on a global stage. The Lawyer Network corresponds with companies, investors and advisers to assess the reputation and standing of each attorney nominated.