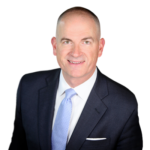 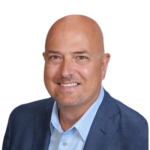 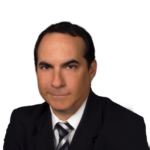 The Firestar Debtors were wholesalers of finished jewelry to major retailers, including Costco, J.C. Penney, Macy’s, Zales, Kay’s and Jared’s. Less than a month before the Debtors filed their Chapter 11 bankruptcy petitions, Punjab National Bank (“PNB”) filed a complaint against the indirect owner of the Debtors and several of his associates alleging a massive bank fraud against PNB and other banks. According to PNB’s allegations, the perpetrators used a series of supposedly independent entities in sham transactions to import gemstones and jewelry related goods in order to fraudulently obtain financing in the form of Letters of Understanding (“LOUs”). The Indian Central Bureau of Investigation stated that the perpetrators obtained approximately $4 billion from PNB through the fraudulently issued LOUs, with approximately $1 billion of LOUs remaining unpaid.[3]

The Bankruptcy Court appointed an Examiner to investigate whether the Debtors might have been involved with the fraud. According to the Examiner’s Report, there was “substantial evidence to support the knowledge and involvement by the Debtors and their senior officers and directors … in the criminal conduct alleged by the Indian authorities.” The Bankruptcy Court subsequently appointed an independent trustee for the Debtors’ estates (the “Trustee”).[4]

The Trustee objected to proofs of claim filed by certain banks (the “Banks”). The Banks’ claims were based not on their dealings with the Debtors, but instead reflected amounts owed by the Debtors to three nondebtor affiliates, Firestar Diamond International Pvt. Ltd. (“FDIPL”), Firestar Diamond BVBA (“BVBA”), and Firestar Diamond FZE (“FZE”) (FDIPL, BVBA and FZE, collectively, the “Firestar Entities”). Each Firestar Entity in turn had pledged its receivables or sold invoices to the Banks.[5]

The District Court in In re Enron Corp., 379 B.R. 425, 443 (S.D.N.Y. 2007) (“Enron II”) held that disallowance under Section 502(d) is personal to the claimant, not the claim, and that disallowance of a transferee’s claim depends on the nature of the transfer, specifically whether it was a “sale” or an “assignment.”[7] Enron II reasoned that “[a] personal disability that has attached to a creditor who transfers its claim will travel to the transferee if the claim is assigned, but will not travel if the claim is sold.” Enron II at 436 (emphasis in original).[8] By contrast, other courts, including the United States Court of Appeals for the Third Circuit, that have rejected Enron II and concluded that disallowance under Section 502(d) follows the claim.

The Banks in Firestar argued that the Enron II rationale should apply to their claims because the Banks acquired their rights to payment by way of a “sale” rather than an “assignment.” Enron II held that an assignee “stands in the shoes of the assignor” and takes the claim with “whatever limitations it had in the hands of the assignor” but a purchaser of a claim is not subject to any personal disabilities of the transferor.[10]

The Bankruptcy Court in Firestar, however, found more persuasive the analyses of other courts that did not follow the Enron II reasoning. Particularly noteworthy was the decision of the United States Circuit Court of Appeals for the Third Circuit in In re KB Toys Inc., 736 F.3d 247 (3d Cir. 2013) (“KB Toys II”). In KB Toys II, the Third Circuit concluded that, because Section 502(d) “focuses on claims – and not claimants – claims that are disallowable under [Section] 502(d) must be disallowed no matter who holds them.”[11] The Third Circuit noted that a different interpretation of Section 502(d) would permit a creditor that had received a voidable transfer to cleanse any claim infirmities by selling it to a transferee. “To allow the sale to wash the claim entirely of the cloud would deprive the trustee of one of the tools the Bankruptcy Code gives trustees to collect assets – asking the bankruptcy court to disallow problematic claims.”[12] KB Toys II also found the distinction between “assignment” and “sale” to be problematic because the state law on which it relied “does not provide a distinction between assignments and sales … [and because] resort to state law in a bankruptcy case must be done with care.”[13]

Other bankruptcy courts, including in the Southern District of New York, have reached the same conclusion as the Third Circuit in KB Toys II. For example, one bankruptcy court concluded that a “claim and the defense to the claim under section 502(d) cannot be altered by the claimant’s subsequent assignment of the claim to another entity … that has not received an avoidable transfer…. The assignment should not, and does not, affect the debtor’s rights vis a vis the claim; it is incumbent, instead, on prospective assignees to take into account possible claim defenses when they negotiate the terms of their assignments.”[14] Another bankruptcy court also found “problematic” the assignment-sale distinction in Enron II. [15]

In addition, a Delaware bankruptcy court observed that if the court disallows claims, they are disallowed regardless of who holds them.[16] Another Delaware court said the distinction in Enron II between “assignment” and “sale” has no support under the Bankruptcy Code, which does not distinguish the two, and arguably both terms are included in the Bankruptcy Code definition of “transfer.” [17]

The Banks in Firestar also argued that the equities weighed in their favor and that they were innocent victims of the Debtors’ fraudulent transactions. The Bankruptcy Court rejected these arguments and focused solely on whether Section 502(d) applied to the Banks’ claims: “[a]s the Trustee has demonstrated, the claims are based on amounts owed to the entities that received fraudulent transfers from the Debtors in amounts exceeding the claims, and the claims would be subject to disallowance if those entities filed the claims.” [18]

The Firestar Bankruptcy Court also observed that it would be inequitable to side with the Banks over other creditors. The Bankruptcy Court rejected the Banks’ argument that disallowing their claims would wreak havoc in the claims trading market or punish good faith transferees. “The question really is who should bear the risk under these circumstances…. [In KB Toys II] the Third Circuit ultimately concluded that the claim purchasers should be the ones to bear the risk for two reasons. First, claim purchasers ‘voluntarily choose to take part in the bankruptcy process’ and are aware of the risks associated therein…. Second, claim purchasers can mitigate their risk through due diligence and indemnity clauses in the transfer agreement…. But while informed claims traders have the ability to reduce and mitigate risk, creditors in a bankruptcy have no way to protect themselves against the risk that claims with otherwise avoidable transfers will be washed clean by a sale or assignment.”[19]

Firestar, much like KB Toys II, Metiom and Enron I, underscores the importance for a claims buyer to diligence and analyze bankruptcy claims and any prior holder in the chain of title. Consideration should be given to identifying and assessing potential risks and, when such risks are identified, allocating the same appropriately, for example by way of representations, covenants and indemnities in a transfer agreement. Equally, a seller of a bankruptcy claim should consider both the terms and conditions of its transfer as well as whether payments from the debtor expose the seller to clawback risk and the potential for the buyer to seek contractual recourse relating to Section 502(d) disallowance.

Please contact the authors, or your usual Rimon attorney, if you have questions about these issues.

[8] Enron II reversed a bankruptcy court decision, In re Enron Corp., 340 B.R. 180 (Bankr. S.D.N.Y. 2007) (“Enron I”). Enron I analyzed the relevant statutory language, observing that Section 502(d) refers explicitly to “any claim” and that “[t]he identity of the holder of a claim is irrelevant when the estate takes action against such claim under section 502(d) because ‘[t]he claim and the defense to the claim under section 502(d) cannot be altered by the claimant’s subsequent assignment of the claim to another entity….” Enron I at 195 (emphasis in original; citations omitted). Enron I also noted that “there is no basis to find or infer that a transferee should enjoy greater rights than the transferor.” Id. at 198. “Additionally, case law has affirmed the principle that a claim transfer does not change the nature of the claim in bankruptcy; rather it creates a substitution of parties.” Id. at 199 (citations omitted).

Patrick Maschio regularly represents broker-dealers and hedge funds on legal issues related to the purchase and sale of loans and private securities of distressed and bankrupt companies with a focus on handling transactional matters related to the transfer of bank debt, private notes, trade claims, restrictive securities, interests in litigation trusts and other illiquid financial assets, both domestically and in Europe. Patrick brings a depth of transactional experience to every matter having spent significant time representing sell-side, buy-side and brokers-dealers on thousands of transfers.   Patrick also advises clients on general corporate and compliance issues and is a member of the Loan Syndications and Trading Association (LSTA). Read more about Patrick here.