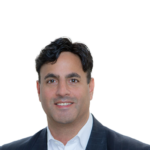 Rimon advised life sciences company Tauriga Sciences Inc. in the preparation of its distribution agreement with Stock Up Express, a leading distribution company. Under the terms of the agreement, Stock Up Express will market and resell Tauri-Gum™, the Tauriga Sciences Inc. line of CBD & CBG infused supplement chewing gum, to its large and diverse customer base of wholesalers and retail customers.

Ted has closed hundreds of corporate and capital markets and other transactions, much of which encompassed public offering work as underwriter/placement agent and issuer’s counsel. The underwriter side representation ranged from boutique investment banks through the bulge brackets. Ted has represented both publicly traded and privately held companies, both as transaction counsel and outside general counsel. Read more about Ted here.

Rimon has 35 offices across four continents. The firm is widely known as being at the vanguard of legal innovation. The firm has been repeatedly recognized by the Financial Times as one of North America’s most innovative law firms. The firm’s Managing Partners were both named ‘Legal Rebels’ by the American Bar Association’s ABA Journal and have spoken on innovations in the practice of law at Harvard and Stanford Law Schools. Rimon and its lawyers have also received numerous awards for excellence, including from Best Lawyers and Chambers.