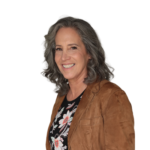 Jill Berliner, a Copyright, Sports, Entertainment and Recreation Partner in Rimon’s Los Angeles office, was recently named one of the Lawyers of the Year by Billboard’s Top Music Ranking.

“Berliner is representing Soundgarden in its dispute with Chris Cornell’s widow, Vicky Cornell, over the singer’s final recordings. Arguing that they worked jointly on the tracks with the late lead singer and describing the songs as the “final Soundgarden album,” the band members say Cornell has no right to withhold the material. Meanwhile, Berliner continues to pursue copyright infringement claims on behalf of the estate of Kurt Cobain and others against Marc Jacobs International for the fashion designer’s use of the smiley-face logo that Nirvana used on its merchandise.”