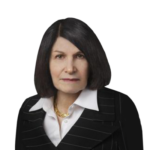 The 2016 US Model Income Tax Convention represents the baseline text that will be used in negotiating tax treaties and reflects Treasury’s policy that tax treaties should eliminate double taxation without creating opportunities for non-taxation or reduced taxation through tax evasion or avoidance. As such, the 2016 Model can be said to have incorporated a number of the principles of the OECD’s base erosion and profit shifting (BEPS) Project.

“While some of these revisions to the 2006 Model appear, at first blush, to be pro-taxpayer, a closer analysis suggests that the modifications, on a whole, will make it more difficult to access the benefits of the US treaty network. This is especially so with respect to certain revisions to the limitation on benefits (LOB) rules of Article 22.”  “While the addition of the derivative benefits and headquarters company tests for treaty benefits eligibility were, perhaps, intended to be taxpayer-favorable, most of the other revisions to the LOB article clearly were directed at restricting access to treaty benefits.” “It is highly questionable whether treaties based upon the 2016 Model will be administrable or, whether such treaties will be acceptable to our treaty partners.”

The full article “Key takeaways from the revised US tax treaty model” appears in the International Tax Review (March 9, 2016)

International Tax Review is an independent daily publication. It combines news, analysis and comparative discussion of tax developments in different jurisdictions around the world provided by tax executives, officials and practitioners.