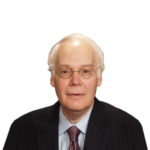 The Internal Revenue Code provides significant tax benefits to employers that sponsor tax-favored retirement and health and welfare plans. For example, in calculating an employer’s income tax, the current cost of providing benefit coverage may be deducted from taxable income, although plan participants are not currently taxed on the benefits at that time. However, these tax benefits are available only if the employer sponsoring the plan does not discriminate against its rank and file employees. Determining who are in the group of covered employees for discrimination testing is critical to the analysis.

The Tax Code’s non-discrimination norm may run counter to the employer’s business objectives to (1) increase staffing flexibility and to (2) provide greater benefits to those individuals who are judged most valuable to the benefit plan’s sponsor. As a result, of this tension between the requirements of the tax laws and business objectives, sponsors have outsourced some functions to “independent contractors” or outside employment agencies. Because the discrimination rules apply only to “employees” of the plan’s sponsor, this technique may work. However, there are significant problems if a court or the IRS should decide to recharacterize the workers as employees. Careful planning is required to minimize this risk.

Employers and their advisers have utilized several techniques to limit the group of workers that are covered by benefit plans. Before the enactment of ERISA some employers divided their business operations into multiple business entities with one business employing higher paid employees who earned generous benefits and another business employing rank and file employees who earned no or minimal benefits. This technique was limited by ERISA’s controlled group rules which resulted in the aggregation of the employee groups for discrimination testing purposes. Other techniques were developed by benefit advisers and Congress and the IRS attempted to eliminate schemes intended to restrict benefits to the higher paid group.

Some businesses — often start-up enterprises — have tried to enhance their workforce flexibility by engaging workers that are designated as “independent contractors.”  Frequently, the relationship between the parties is memorialized in a written agreement in which the worker acknowledges both that he is an independent contractor and also that he is ineligible to participate in the recipient’s benefit plans. The courts and the IRS are not bound by the parties’ characterization of their relationship.

In determining the appropriate classification of the workers the IRS uses 20 factors that are described in regulations. The IRS has divided these factors into categories:  behavioral control, financial control and the type of relationship. Behavioral control examines whether the recipient of the services has the authority to direct and control the work of the service provider and also considers whether the worker receives instruction and training. Financial control examines wheter the worker can realize a profit or loss and whether he has unreimbursed expenses. The relationship element focuses on the text of any agreement between the parties and wheter the worker receives benefits. It is important to note that none of the various factors that are analyzed is dispositive on its own and also the relationship between the parties may change over time and this might change the appropriate characterization of the parties’ relationship.

An employer that fails to characterize individuals as employees when they fit that designation will owe back taxes and penalties. In addition, the cost of extending benefit coverages several years after the fact may be a significant burden. For example, an employer may have to pay for accrued health claims that the worker paid out of pocket. A health carrier or stop loss provider will refuse to pay these claims and the employer will therefore have to come out of pocket for the entire cost of the benefit.

Business owners should confer with benefits counsel to determine the appropriate classification of workers. If the issue is in doubt, particular attention should be paid to the language in the benefit plan documents describing the eligible class of covered individuals. Careful drafting may eliminate many unintended consequences of an employer’s misclassification of workers.