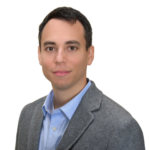 On September 1, 2009, the Government of the United Kingdom implemented the New Offshore Disclosure Opportunity (“NDO”).

The NDO allows those individuals with unpaid UK taxes relating to previously undisclosed income and/or capital gains linked to offshore accounts and/or assets to settle related tax liabilities at a favorable 10% penalty rate.  Ordinarily, penalties are charged at up to 100% of the tax due.

The NDO provisions apply to all UK residents and certain non-UK domiciled individuals (who themselves may be or once were subject to tax in the UK) who have an interest in any Offshore Accounts, Trusts or Corporate entities that would otherwise be subject to UK tax.

Care needs to be taken when making this disclosure since, by submitting a request under the NDO, an individual does not automatically receive immunity from criminal prosecution.

The amnesty will apply if any income, capital gains and inheritance tax outstanding is paid in full together with (in most cases) an additional minimum of 10% penalty charge if any tax due is above £1,000 and any interest due on the unpaid tax .

The NDO will not affect as many people living outside the United Kingdom as the US Voluntary Disclosure Program did for those Americans living abroad, since many of them are no longer considered to be UK tax resident.  However, historic tax liabilities are under review by HMRC and recent immigrants from the UK in particular will need to consider their position in more depth.

In addition, those who are considered to be UK tax resident, for example under a relevant Tax treaty or under general UK law, but who are neither ordinarily resident nor domiciled in the UK (for tax), may be able to use the remittance basis to argue that the offshore income and gains were not taxable in the UK.  In many of those cases, tax would only be due on income or gains that were brought into the United Kingdom.